One summer Harald Fair-hair sailed west to punish the vikings,
as he had grown tired of their depredations;
for they harried Norway during the summer,
but spent the winter in Shetland or Orkney...

An Orcadian, goes the saying, is a farmer with a boat. A Shetlander, by contrast, is a fisherman with a croft. Both island groups were overrun and colonised by Vikings fleeing Harald Haarfargi of Norway in the 9th century, but it is Shetland - lacking Orkney's rich farmland - that has been moulded most by the infamous Norse sea-raiders. You are a long way from the land of MacDonald and closer to the land of Svenson in Shetland, where     Norn only finally disappeared in the 19th century. Every winter Shetlanders celebrate their Viking heritage with boat-burning fire festivals called Up Helly Aas, the largest and best-known of which is in Lerwick. These events are for locals, though tourists are welcome to watch the processions. But it takes an invite to get into Lerwick's after-party drinking halls, where the Up Helly Aa fun really begins!

Norn
The Northern Isles version of the Norse or Danish language was called Norn. After the Scots took over in the 15th century the language began a slow decline, accelerated in later centuries with compulsory schooling in standardised English. Walter Sutherland from Unst was considered the last native speaker, dying in 1850. Yet a Norse cadence remains to Shetlandic speech, as do many words, from bairn (child) to bruck (rubbish), and spoot (razorshell) to bonxie (great skua).

Put in a box in the Moray Firth in most maps of Britain - and usually suffering the indignity of being displayed at a smaller scale than the rest of the country - Shetland is mentally misplaced by many (an amusing alternative - a map of Shetland with Britain in a small box in the corner - can be purchased in local shops). As a result, Shetland is bigger than most think. It is 86 road miles from one end to the other - further than the distance from Glasgow to Dundee or Manchester to Birmingham. Northern Shetland's nearest city is Bergen, not Aberdeen. And while you might know that Shetland is Scotland's northernmost point, did you know that, at Out Skerries, it is also the easternmost point? But the biggest surprise is probably in understanding Shetland's true position on the map. Ask most people to name the centre of Scotland and they are likely to plump for somewhere in Perthshire; but include Shetland (and St Kilda) in your calculations, and the point of equidistance between extremities is just east of Ullapool.

Shetland's prehistoric heritage is less famous than Orkney's, but significant sites abound, from Bronze Age wheelhouses at Jarlshof to the best preserved broch in the country at Mousa (which remained a useful defensive structure into Viking times, when an eloping couple successfully held off a siege from the lady's angry family). The Pictish natives were overwhelmed by Norse settlers in the 9th and 10th centuries, turning Shetland's DNA and placenames Norwegian. Shetland was then ruled remotely by various Jarls in Orkney.

Orkney and Shetland were part of the Norwegian kingdom until the latter part of the 13th century, but as the Danish crown took over Norway, earls loyal to the Scottish crown were promoted in the Northern Isles. They finally became Scottish as part of a loan deal with Denmark in 1469, then annexed in perpetuity in 1472. The Viking golden age was over, with grasping Scottish lords put in their place such as the turbulent and rapacious Patrick Stewart, but there was money in the Hanseatic League, trading in raw commodities of salt and fish across the North Sea and Baltic. The rise of the Dutch as an imperial power in the 17th century led to their large, modern fishing boats hoovering up fish from Shetland's waters and the Scots, having little in the way of a navy, were powerless to stop Dutch exploitation until the union.

This didn't help Shetland much though, as it suffered heavily from British customs taxes in the 18th century, press gangs during the Napoleonic era, and oppressive landlords in the 19th century, a handful of whom owned most of the archipelago by 1881. Unsurprisingly the population fell, but in recent years Shetland's economy has been buoyed by the oil industry. Shetland Island Council, more so than the rest of the country, got itself a good deal from     oil: modern community centres, new roads, and sports facilities have been built partly from the small cut of revenues Shetland takes from the massive Sullom Voe oil terminal, one of the few places deemed important enough to appear on the CIA's map of Britain.

Oil Industry
When oil was first exploited in the North Sea, advocates of Scottish independence pointed out that oil revenues could potentially accrue to Scotland rather than the UK, boosting the Scottish economy. Mischief-makers then speculated that if Shetland became independent, surrounded by fish and oil, it could become the richest country in the world!

Shetland, the 'auld rock', is above all, a land of seafarers. Fishing remains the main industry after oil, despite EU restrictions (and competition today from Spanish, rather than Dutch boats). The merchant navy has always recruited well in Shetland, and many men were lost to German U-boats in the Second World War. Yet the sea opens Shetland up, rather than isolating her: Warsaw Pact ships routinely called in at Lerwick for supplies during the Cold War, something that would have been unthinkable in a mainland port. At the other end of Britain, Dover is a fortress facing England's ancient enemy, France: here, Shetland is open without restriction to visitors from Faroe and Norway. "There is one phrase the same in every language around the North Sea," a Faroese fisherman told me in a Lerwick bar. "That phrase is: I have a boat!"

Birds also find Shetland a haven, an essential rest stop on important migratory routes. Birdwatchers come from far and wide to see the skies come alive with terns and geese, spot unusual migrants, or watch the resident seabirds, guilliemots, razobills, fulmars and puffins. Long ago these fowl provided an important addition to the local diet: now they are trapped only for ringing. The main livestock seen on Shetland's moors is sheep, and the small and hardy Shetland ponies graze outside all year round. In summer, Shetland is a green land of near-perpetual daylight, alive to the call of seabirds, marram grass knitting together pale, sandy dunes that slip into a blue swell. It is a different place in winter, a dark land of grudging daylight, fierce winds, boats in their nousts and fiddlers by their fireplaces or in public bars, great grey waves overwhelming exposed skerries and islets under a galaxy of stars and shimmering curtains of northern lights.

You might not think of Shetland for a seaside holiday. Sure, there are beautiful, deserted, windswept beaches, such as the tombola at     St Ninian's Isle. But if there is anything that Shetland excels at, it is seacliffs: this long (1,697 miles at the most recent estimate), indented coastline is the best in Britain for dramatic seascapes, best seen by the adventurous on foot or by boat. The raucous bird-city of Noss Head, just five miles from Lerwick; the towering piles of Fitful or Sumburgh Heads, powerful tidal trails streaming out for miles; the Atlantic-battered faces and geos at Eshaness or Mu Ness; Fair Isle and Papa Stour's beautiful caves and stacks; the red cliffs of Muckle Roe, crumbling into the sea; or for the real enthusiast, the awe-inspiring, end-of-the-world character of the sheer drop of The Kame on Foula. Put on your hiking boots or hire a boat and experience a place unique in Britain.

St Ninian's Isle Treasure
St Ninian's isle is connected to the Shetland mainland by a spit of sand. It is most famous for the discovery of a large hoard of Pictish silver during an excavation in 1958. A local schoolboy called Douglas Coutts was keen to help the archaeologists, so he was sent to a quiet part of the site whilst the professionals got on with excavating the more promising areas. And guess who found the treasure - Douglas! True story.

Orkney and Shetland are a place apart from the rest of Scotland. To find the heart of the Gaelic culture that has shaped so much of Scotland's self-image, you must head west.

Under attack from the aggressive Great Skua

The galley burns at Up Helly Aa

A rare leatherback turtle washed up on a Shetland beach

The puffin, common in the islands

The township of Hellister in central Shetland

A croft on west Shetland

Cliff scenery at Dale of Waas 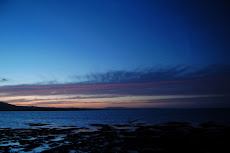