'If a body could but get the exact proportion,
he might live forever,
and doctors and kirkyards would go oot o' fashion'

In 1230 the terrible culmination of a power struggle between rival dynasties took place in Forfar. Under the orders of King Alexander II a newborn baby, the last living heir of the MacWilliam family, had her brains dashed out at the mercat cross. It was the final triumph of the Scottish kings over their northern rivals, whose powerbase was the fertile lands of Moray between the Grampian mountains and the sea. Pictland had often been ruled from north of the Mounth - most notably by     Bridei III in the latter part of the 7th century - and at least two kings of Scots, Macbeth and Lulach, were northerners. But as the young state of Scotland consolidated around Perth, the ruthless Scottish monarchs crushed all dissent within their sphere of influence. Today's concentration of population in the Central Belt masks the historic importance of northern Scotland. But had things gone differently for the MacWilliams, Elgin might have had its turn as Scotland's capital.

Battle of Dun Nechtain
In the 7th century, the kingdom of Northumbria, based at Bamburgh, became the most powerful in Britain. It ruled territory from the Humber to the Forth and all the way over to the Solway Firth. The Gaelic kingdom of Dalriada paid tribute to the Northumbrian king and the Picts had been defeated in battle. Northumbrians started settling in Fife and West Lothian. But then one of the period's most vigorous figures appeared on the scene. Bridei emerges from the ruins of Pictish defeat like a Dark Age Robert the Bruce. He consolidated his position in Pictland, repudiated Northumbrian claims of overlordship, and steadily loosened Northumbria's grasp on its claims north of the Forth. At the pivotal battle of Dun Nechtain in 685, King Bridei III of Fortriu killed King Ecgfrith and reversed Northumbrian expansion. A new analysis also suggests that this battle took place in Speyside, where Bridei lured Ecgfrith through the mountains - probably via the pass of Gaick - to his death not at Dunnichen in Angus, but at Dunachton near Kingussie.

The fertility of Moray comes as a surprise to people who expect mountain and moorland everywhere north of the Highland Line. The coast is almost Cornish with its neat fields, low cliffs and creamy beaches, but the light is different, more penetrating, the coastal villages more open and windswept. At one of these, Burghead, vestigial archaeological remains hint at the site's former importance. In the Pictish era between AD 300 - 800 this was a considerable site, the largest iron age fort in Britain, base of the kings of     Fortriu. (It was destroyed in 1805 to build a new town.) At another village, Findhorn, a commune for spiritual and sustainable living was formed in the 1960s. Nowadays this retreat for new age spiritualists leads cutting edge research into sustainable living. Beyond Findhorn, seacliffs relent to a shallow coast of sandy bays and forests. These swathes of dunes have swallowed entire villages in the past, and perhaps the actions of wind, tide and time may yet reveal their buried secrets.

Fortriu
Fortriu was one of the seven kingdoms of the Picts, written accounts of which are scarce. However it was the most commonly mentioned and influential of all the kingdoms. It used to be assumed that it corresponded to the fertile lands around Strathearn and Perth that were the nucleus of the kingdom of Scotland, but recent research has turned that idea on its head. This most influential Pictish kingdom was it seems based north, rather than south of the Mounth. Historians are still getting their heads round the idea.

Inland, arable fields surround Elgin with its handsome ruined cathedral, victim of the Protestant Reformation. This area used to be known as 'the granary of Scotland,' for its cereal and barley harvest. But it is south, where the rivers Findhorn and Spey wind their inky, salmon-laden ways through the Highland foothills, that magic begins to happen. These foothills of north-east Scotland boast spring water at its softest and purest. These vital waters running over granite and peat, and the barley harvest, form the foundation of one of Scotland's most valuable industries. As the hills rise, and valleys narrow, an invigorating smell may be detected in the air: whisky.

Whisky has been distilled in the Highlands since at least the 15th century, and probably earlier. It became an underground industry in the latter 17th and 18th centuries, when a raft of taxes was applied for the first time to Scotland. Rather than pay, distilling became a clandestine activity. Whisky was the drink of the Highland peasant, but when the Napoleonic Wars led to a scarcity of French brandy and claret, arbiters of taste and refinement realised there was a fine British substitute in Scotch whisky. Once French trade resumed whisky production remained largely in the hands of bootleggers, but the tax laws were relaxed in 1823. The first newly legal distiller was William Grant of Glenlivet, who took to wearing pistols to protect against rivals jealous of his success!

Speyside hosts many of Scotland's most famous distilleries: Glenlivet, Glenfiddich, the Macallan, Balvenie, Knockando, and many more. A whisky trail is organised around some of the visitor centres. A nominated driver is useful!

Speyside is famed for its distilleries between Elgin and Tomintoul, but the river is perhaps most attractive in its middle section between Grantown and Loch Insh. Here the riverside forests rise majestically to the opposing massifs of the Monadh Liath (grey mount) and Monadh Ruadh (red mount), nowadays called the Cairngorms.

The Cairngorms are the highest hills in Scotland, bar the single upthrust of Ben Nevis on the west coast. They take the form of a massive granite plateau, 4,000ft high, 30 miles wide, 20 miles long, cut into by steep sided glens and ringed with cliffs. Historically they have always been a wilderness, too bleak for settlement, with winter gales reaching 150mph and the last glacier melting only in the 18th century. For the mountaineer the Cairngorms provide steep granite cliffs with long exposed retreats to shelter, making them Britain's most challenging winter hills. For the naturalist the Cairngorms fascinate, thanks to the habitat range from sheltered, forested glens to subarctic tundra on the summit plateau. Here you'll find rare Arctic birds like the dotterel, the ptarmigan whose plumage turns white in winter, mountain hares, eagles and osprey, capercaillie, pine martens, red squirrels, wildcats, deer and reindeer. The forest tracks are popular with mountain bikers, and there are watersports in the lochs of Strathspey. There is even a funicular railway and ski facility on Cairngorm itself. There is fishing on the rivers and grouse and deer stalking in the foothills. Aviemore is a magnet to winter sports lovers, the main Scottish rival for Fort William's self-proclaimed title of 'UK Outdoor Capital'.

And the Cairngorms are as rich in legend as habitat and wildlife. The stories people tell gathered around bothy fires are all the more believable with the dark, wild hills just outside the door. Stories such as Am Fear Liath Mor, the Great Grey Man of Ben Macdhui, a yeti-like spirit who stalks the plateau, looming out the mists and terrifying walkers. Or Lamh Dearg, Bloody Hand, who haunts the paths of the Rothiemurchus forest, taking the form of a hot-blooded and fully armed clansman. If you see him, he will challenge you to a fight. Accept! For he kills those who refuse or flee. But those who face up boldly to his challenge, he allows to pass as a friend. Perhaps he just has a Speyside dram in him. 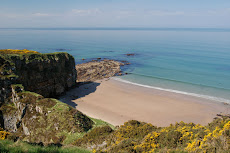 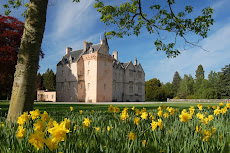 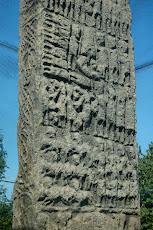 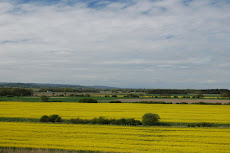 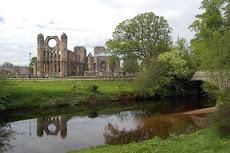 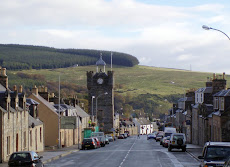 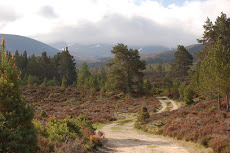 The Gaick Pass between Speyside and the south 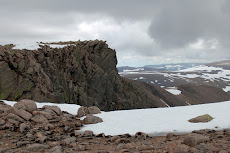 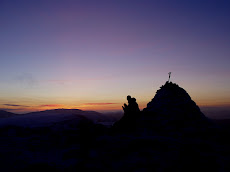