'this dream in masonry and living rock'

A February dawn, and the grey canyon of Canongate snakes down the spine of Edinburgh's Royal Mile into the underworld of Holyrood. The sun has apparently risen, but it is no match for the thick, damp blanket of drizzle that has crept up the Forth overnight, isolating poor Edinburgh from heat, light and joy. Pinched, black-clad locals merge into the greyness, hurrying to their places of work. There are no tourists today, no splashes of colour in the gloom save for car headlights, no sounds save the diesel rattle and swish of tyre on wet street, no warmth save the exhaust fumes of buses. It is a place to escape from, and has been, in forms such as these:

"Give me a girl at an impressionable age and she is mine for life."

"There was a lot more to magic, as Harry quickly found out, than waving your wand and saying a few funny words."

"Fifteen men on the dead man's chest! Yo ho ho and a bottle of rum."

"Oh what a tangled web we weave, when first we practice to decieve!"

"Traditional Botswana men like ladies who are more traditionally shaped. You and I, Mma. We remind men of how things used to be in Botswana before these modern-shaped ladies started to get men all confused."

"It was the day my grandmother exploded."     source of quotations

Is it any wonder that Edinburgh was named UNESCO's first City of Literature? And why not, when the raw material is so inspiring? Bodysnatchers Burke and Hare. The respectable Deacon Brodie, pillar of community by day and robber by night. Minister of the kirk John Knox haranguing a young Queen Mary towards passionate argument and tears of frustration. Greyfriars Bobby, the faithful dog. Poet, novelist and shaper of Scotland's sense of self-identity Sir Walter Scott. The city council, bricking up the entrance to a plague street, leaving the inhabitants to die. Densely packed residents flinging human waste from the windows of their tenement flats. Adam Smith, David Hume, Robert Adam, James Boswell, Henry Dundas and other figures of the Enlightenment, debating all night in raucous drinking societies in a city where the king's chemist declared:

"Here I stand at what is called the Cross of Edinburgh, and can, in a few minutes, take fifty men of genius and learning by the hand."

Edinburgh entered written history as a castle on a rock hosting a feast for warriors of the Goddodin tribe, as they prepared to attack recently settled invaders from across the North Sea. This was so long ago - around AD 600 - that the heroes spoke Brythonic, an early form of Welsh. (As befits a city of literature, the poem Y Goddodin was one of the earliest recorded uses of the language.) The warriors lost, and Edinburgh came under the control of the Angles, until they in turn were kicked out by the growing power of the Scots in the 10th century. The oldest remaining building in the castle, St Margaret's Chapel, dates from just after this period. However Gaeldom barely affected this corner of Scotland, and the Angles' left an enduring legacy in their language, when     English became the official language of court.

The English language
The original, Northumbrian version of the Anglo-Saxon language became known in Scotland as 'Inglis', and on adoption as the official language of court and trade was eventually renamed 'Scots'. Meanwhile in England the state, after a few centuries of French-speaking officialdom, would adopt and standardise a southern, more Saxon variant of English.

Edinburgh did not become Scotland's full-time capital until the 15th century: its glory days were brief, for in the 17th century, king James VI inherited the English throne and immediately hightailed south, away from his pious and infuriatingly meddlesome churchmen, delighting that every day in Shakespeare's London was "like Christmastime." Edinburgh was left in the charge of the black-cloaked ministers of the Presbyterian Kirk of Scotland; and in the 18th century, parliament too was amalgamated with England's, leaving Edinburgh to be run by its lawyers. In all this time it had grown, up but not out: by population it was the second largest city in Britain, yet occupied the same medieval footprint. The ferment of genius that was the Scottish Enlightenment centred on a crowded, unsanitary old city, and Edinburgh's bourgeoning bourgeoisie wanted better. Early in the 19th century, a New Town for the better classes was built, perhaps the greatest example of urban planning in Britain. And then: all went quiet. Edinburgh continued growing but was overshadowed by industrial giant Glasgow, and almost the only event of note in a hundred years was the establishment of the annual Edinburgh Festival in 1947.

But there have been stirrings recently in the Holyrood undergrowth. Popular pressure led to the establishment in 1999 of a devolved assembly in Edinburgh. Although remaining in the UK, Scotland has a parliament again. And what is carved into the wall of the     Scottish Parliament, in fact, in the very pavement outside Queensberry House? Quotations from poets and authors, of course. What else would you expect in a city of literature? Work, says one, as if you live in the early days of a better nation.

The Scottish Parliament
In 1706 the Scots parliament voted itself out of existence, to amalgamate with the English parliament under the new name of Great Britain. There were a number of good reasons for the union: Scots would gain trade with the English empire in America (in which they proved enthusiastic participants), England would gain security and manpower in its war with France, and both sides would secure a Protestant monarchy. Still, opposition amongst burghers and the non-voting commons was almost total, and the Presbyterian church opposed the loss of national sovereignty - until negotiations offered its long-cherished and bloodily sought dream of Establishment. This tipped the balance in the union's favour, and as the bells of St Giles rang the old tune 'Why Should I Be So Sad on My Wedding Day,' James Ogilvy, Earl of Seafield walked out of the Parliament building for the last time, remarking, "weel, that's the end of an auld sang."

Scotland's negotiators failed to gain their preferred federal constitution, but her ecclesiastical, educational, legal and civic establishments were not incorporated in the union, and with the exceptions of taxation and warfare, the Scots were initially left to their own devices by an indifferent Parliament in London. But as central government became more pervasive, the empire ended, and the EU opened up, the dormant issue of Scottish sovereignty re-emerged.

In 1999 Parliament reconvened, devolved but not independent from London. It has been the means by which the Scottish people have found their voice again. On 18 September, 2014, Scots narrowly voted no to independence, leaving Scotland with an uncertain future in Brexit Britain. 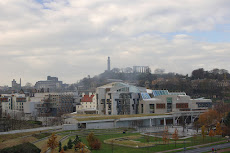 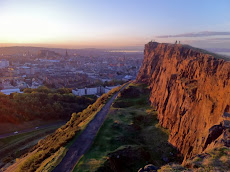 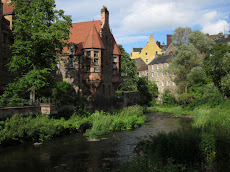 The Pentlands on Edinburgh's outskirts 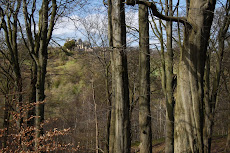 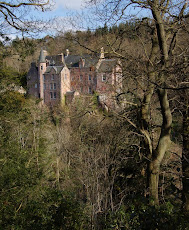